A five-month-old presented today with seizures, starting at day six. The family has spent about four weeks at the two major children’s hospitals in the Philadelphia area.

Every conceivable test and panel have been done with no conclusive results. The doctors told the parents that she would never walk, talk, and other normal functions. How devastating for a parent to hear! She is taking four drugs for the seizures with none working effectively. The hospital bill since birth is over $500,000 and climbing.

Cutting to the chase in our world, there are two critical factors you need to know about this situation. First, she is a severe archer, so much so that when she initially left the hospital, her head arched all the way back to her legs. Wow. The doctors eventually told the parents it was Sandifer Syndrome (also read “Sandifer Syndrome and Arching”), but not to worry, it was not a factor in her seizures.

The second aspect is that both MRIs showed that the seizures are originating exclusively from the occipital lobe. The big question in our world: Is that severe arching fascial strain pattern pulling so hard from the back into the occipital area that it is causing the seizures? I honestly do not know, but we will see as therapy progresses.

For today, her locked-down zero-second brain cycle released beautifully to sixty seconds, a miracle in itself. I try to keep myself emotionally distant from the healing, but sometimes I cannot help myself and was very happy to see that happen.

The parents have suffered so much; I am hoping for some positive news in the future. Mom reported that her baby was calm and relaxed on the way home and bright-eyed when she woke up. I fully trust that God is in control.

We hold the Light for the unborn billions. We see a world where every newborn is free from a lifetime of suffering due to birth trauma. Our aim is for every neonate to experience the wonder of therapy. Our goal is to create a global shift in consciousness around newborn health. 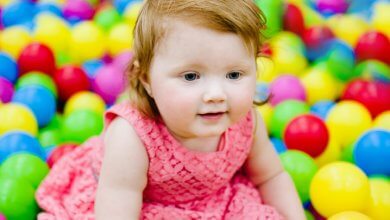