Sue experienced a normal birth. When her mother switched her from breast milk to formula, Sue had seizures. She was diagnosed with strabismus and had three eye surgeries as a toddler. Her sight continued to worsen, and doctors diagnosed her as legally blind. When she became more and more withdrawn, doctors labeled her as MR (mentally retarded), ADD (Attention Deficit Disorder), and ASD (Autism Spectrum Disorder).

The authorities told her parents to give up, institutionalize her, and forget her. The parents persisted. She was placed in special education classes with a whole host of mental and physical problems. Drugs were prescribed for these conditions. Sue’s eating habits were poor, and she was skin and bones. After 15 years of traditional medical treatment, Sue continued to be withdrawn, spending much of the day sucking her thumb and rocking.

Her parents found help from alternative therapies through a chiropractor. She began to eat a more nutritious diet, got off the drugs, and gained 25 pounds. Dr. Michael English, a noted behavioral vision specialist, tested her. She also saw a special education teacher for cognitive treatment and testing, who sent her to Jim Clear, a local Craniosacral Fascial Therapy practitioner.

At the first meeting with Sue at 16 years of age, Jim said she held herself in a fetal position, just rocking and drooling. After each CFT visit, she told her parents, “I want to see Jim Clear again. I can see better.” At the end of six CFT visits, she regained her sight, began interacting with her parents and tutor, and, most remarkably, joined her peers in a large El Paso, Texas high school. All the involved professionals documented their results and wrote a medical article for publication on this young girl.

While some may question how long the results will last and how or why her life changed so dramatically, there is no longer any skepticism or doubts for the parents, her physician, optometrist, counselor, tutor and family. 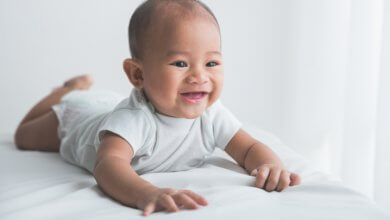