Thirteen years into the newborn work, I love to talk about the goal of strain-free babies leaving the hospital. But the mystery continues as to why all neonates do not completely clear out their birth strain. Why does reflux show up months later for a handful of babies?

A New Jersey mom wanted her third baby to compete therapy as close to birth as possible. Three-month-old Baby W was good to go after eight successful visits for a number of issues.

Now at 15 months, he has some reflux and is developing pectus excavatum, a caved-in or sunken appearance of his chest. Fascial strain from his mid-back is now pulling on the inside of his sternum, apparently causing the reflux and pectus excavatum. Why is it showing up now after one year?

Maybe I missed that strain early on. But when Krissy, Mike and I worked on hundreds of babies in the Lancaster research, we had a similar experience. Did a later developmental malformation in the sternum create fascial strain in the lower esophageal sphincter (LES) area?

When a newborn is treated, we are listening to their strain patterns to help release them. We do not manipulate, adjust or fix them. Why do a few newborns hold on to their unexpressed traumas? We continue to search for that answer. 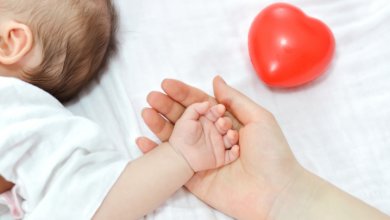